The Brief Life and Big Idea of Milman Parry

"Gripping . . . Kanigel offers a sterling portrait of American poetry scholar Milman Parry (1902–1935) and his 'big idea' that the Iliad and Odyssey were the products of generations of pre-literate 'singers' . . . On the personal front, Kanigel delivers a fascinating account of Parry's marriage and the mysterious circumstances around his death by gunshot . . . Expertly weaving the personal and the academic, Kanigel movingly notes that Parry's fixation on his theory and his inexorable work ethic drove a wedge between him and his wife. Meticulously researched and full of fascinating detail, this is a remarkable account." —Publishers Weekly (starred review)

"Readers join the young Parry as he ventures into Balkan mountains traversed by barely passable roads, sustained by the unquenchable conviction that the songs of unlettered Balkan lyricists called guslar that he is collecting with rudimentary equipment will validate his revolutionary theory about how the ancient Greek bard forged The Iliad and The Odyssey . . . With penetrating insight and humanizing empathy, Kanigel recounts the labors of Parry's traveling companion, Albert Lord, as he preserves, extends, and promulgates the epoch-making discovery of his now-departed mentor. Readers see how, through Lord, Parry's breakthrough ultimately reorients not only classical studies, but also other fields studying works shaped by oral creativity . . . Scholars will appreciate the technical aspects of Parry and Lord's accomplishment as 'literary archaeologists,' but readers of all sorts will value the personal drama." —Bryce Christensen, Booklist (starred review)

"An engaging, thoroughly researched biography of a fascinating figure . . . [with] an underlying quiver of suspense . . . Kanigel has given readers a thoughtful look at a man whose theories have helped us to better understand the ancient world." —Library Journal

"A vivid chronicle of intellectual passion . . . Drawing on considerable archival sources, Kanigel recounts in thorough, engaging detail the life of Milman Parry (1902-1935), a Harvard classics professor whose investigation of Homer's works proved groundbreaking . . . As in previous books, Kanigel's skill as a biographer is on full display." —Kirkus Reviews 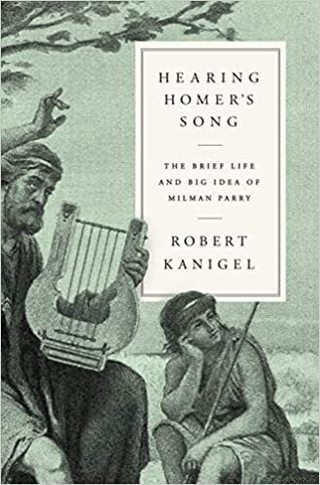 The Brief Life and Big Idea of Milman Parry