Once, long ago, I was a mechanical engineer. I grew up in Brooklyn, attended Stuyvesant High School in New York City, graduated from Rensselaer Polytechnic Institute in 1966 with an engineering degree. I moved to Baltimore, where I held three engineering jobs over a period of three years, then quit.

During late 1969, I lived in Paris and traveled in Europe, then came back to Baltimore early the following year. I was 23. One day, walking along 25th Street, I passed the offices of an underground newspaper named Harry. I went in and talked to the editor about ideas I had about those tumultuous times. With the editor's encouragement, I wrote three essays, none of them good, all of which he published. On the strength of this experience I decided I wanted to be a writer, and I've been doing it ever since.

My first paid articles appeared in Baltimore Magazine and in the Sunday magazine of the Baltimore Sun. Thanks to editors Bill Stump and Hal Williams for having confidence in me back then.

From late 1971 to 1974 I lived in San Francisco. Somehow, I got it into my head that I needed to write a book about cities and city living. I wrote it. It was called City Sunrise: Waking Up from the Suburban Dream. Mercifully, it was never published.

In late 1975, I returned to Baltimore, where I lived and worked -- always as a freelancer -- until 1999. Early during this period, in 1976, I met Elise Hancock, editor of Johns Hopkins Magazine, for whom I wrote dozens of articles over the next fifteen years. About Chesapeake Bay, medical student life, war games, male contraceptives, memory, astronauts, quasars, freelance intellectuals, slide rules, playing the French horn, and many other subjects of the sort that constitute the life of a great university.

From Elise Hancock -- who twice during this period, in 1980 and 1988, won the Sibley Award, as editor of the nation's best university magazine -- I learned more about writing than from anyone else. Her book, Ideas Into Words, published in 2003 by Johns Hopkins University Press and for which I wrote the foreword, is pictured in the column on the right.

For a while I wrote for Jewish publications, on subjects like the Jews of Montreal, H. L. Mencken, Jewish veterans of the Abraham Lincoln Brigade, and the strange ritual fence known as the eruv -- within whose boundaries observant Jews are permitted to carry personal belongings on the sabbath.

Beginning in the 1980s, my work began appearing in national publications like those listed in the column at right; and I received a number of awards, some also listed to your right. Over the years I've had about 400 articles, essays, and book reviews published.

After the City Sunrise debacle, I thought I'd sworn off writing books. But an article I wrote for Elise appearing in the December 1981 issue of the magazine wouldn't let me go. It was called "The Mentor Chain," and it was about the powerful role of mentor relationships among elite scientists. I wrote a proposal and my agent at the time, Charlotte Sheedy, shopped it around. Ultimately I landed a contract with Macmillan. It appeared in 1986 as Apprentice to Genius; there's a page on this web site devoted to it.

Apprentice to Genius, though no great commercial success, sold me forever on what writers sometimes call "the long form," meaning long articles and especially books. Since then, I've written the other books described on this website; my agent for many years, Vicky Bijur, represented most of them. Representing my most recent books, Eyes on the Street, On an Irish Island, and Hearing Homer's Song, is Michael Carlisle of Inkwell Management. For a listing of all my books please see the Bibliography. To reach Vicky or Michael see Contact.

Beginning in the 1980s, I taught writing classes, first in the evening school of Johns Hopkins University, then in the University of Baltimore's Yale Gordon College of Liberal Arts. In 1999 I accepted a position as professor of science writing at MIT. There, I helped start its Graduate Program in Science Writing, which I directed for seven years.

Now I've retired from MIT and returned to writing full-time. In 2011, I moved with my wife Sarah to a house in the Charles Village neighborhood of Baltimore.

I also give talks, lectures and classes on both writing and the subjects of my writing. See Talks, above.

Alfred and Julia Hill Lecture on Science, Society, and the Mass Media, University of Tennessee, Knoxville, 1999

American Society of Journalists and Authors, Author of the Year, 1998; Outstanding Article Award, 1989 and 1992

Council for the Advancement and Support of Education, Best Articles of the Year, gold award, 1988

A. D. Emmart Award for Writing in the Humanities, Maryland, 1979 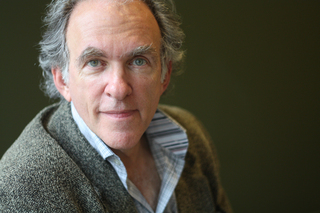 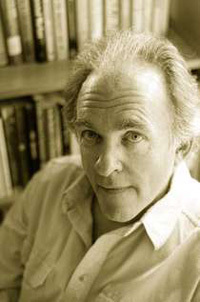 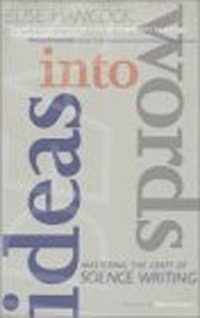